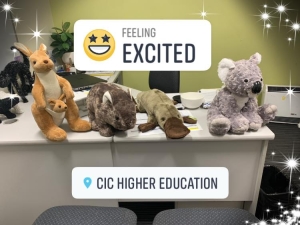 When the CIC House System was first introduced in March during the orientation day for new students, it threw the other House, that is, the CIC campus community, in a happy chaos. Campus General Manager Francesca Macpherson recalls that it was an interesting mix of excitement and confusion. “The response was a mix of interest and confusion, as many of the students did not understand the concept of a ‘house system’. One student asked if they had to carry the animal toy with them everywhere, I said only if they wanted to but it was a great way to support their house.” 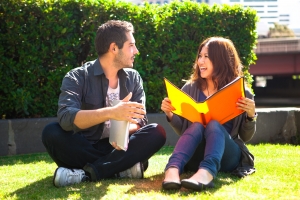 CIC Higher Education launched the Houses to accomplish high levels of engagement, create healthy competition, increase retention and cohesiveness in the peer group as well as improve communication channels across the entire College.

Mrs Macpherson says that overall, students really liked the idea and loved receiving a furry animal. She reveals that the campus recently hosted a  ‘Meet the Academy’ event wherein the CIC Student Services  further explained the system, how to get involved, what the rewards are and to ensure that everyone has been allocated to a house.

A series of friendly games and competitions will be held among the Houses. Virtual badges’ will be displayed on Moodle for individual and team participation in activities and challenges. More importantly, students can add their badges to their LinkedIn profile as a symbol or indicator of an accomplishment, skill, quality or interest.

The standard activities which students can be rewarded points include, but not limited to their involvement and participation in the following: 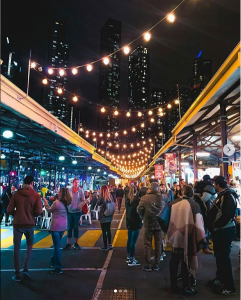 The badges will be tallied up at the end of each term and the winning House will be awarded a corresponding prize.

Mrs Macpherson reveals that the activities and rewards will start from Term 2. “Term 1 is to ensure everyone is assigned to a House and are hyped up to get involved.” She adds, “We have not yet started the implementation of the badges/rewards, as we are still putting the finishing touches on the platform which we will be recording the points on.”

The House System, according to Mrs Macpherson, is composed of various phases. “The implementation is still underway but we are accomplishing significant milestones bit by bit.” The timeframe for the full implementation, involvement and rewards includes all four terms, from Term 1 to 4, she clarifies.  “So we have at least one year to assess its effectiveness.”