In the sun we always say ‘Slip, Slop, Slap!’

Slip on a shirt, slop on sunscreen and slap on a hat 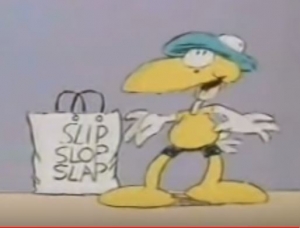 In 1981, Cancer Council Victoria (then called Anti-Cancer Council of Victoria) launched its ‘Slip, Slop, Slap!’ health campaign and used Sid the Seagull (dressed in board shorts, t-shirt and a hat) as the singing and dancing mascot in its campaign jingle to encourage Australians to protect their skin from the harmful rays of the sun, especially during the summer months (December, January and February).

“Slip, Slop, Slap!’ was one of the most successful health campaigns of the 1980s at a time when melanoma rates were climbing and evidence of the link between UV radiation and skin cancer was mounting.

That campaign decades ago is still relevant today as a simple reminder that while it’s good to bask in the sun, the prudent thing to do is to avoid or take precaution against its dangerous UV rays.

In January this year, Australia has reported its hottest temperatures on record – the hottest since 1910 – with Port Augusta in South Australia registering 49.5°C on 24 January. Heatwaves and hot weather have killed more people here than any other natural disaster according to the Australian Red Cross, who recommends some tips on how to keep cool and look after one’s self in this hot weather. 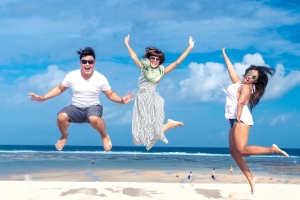 International students who are new to Australia can still have fun and enjoy their summer. However, they need to be conscious of the harmful effects of prolonged sun exposure on their skin. And what better way to beat the summer heat than to than to “slip, slop, slap” their way to the beach, while remembering the following tips:

Now it’s time to ‘Slip, Slop, Slap’ under the Aussie sun – and have some fun before summer is all gone!