Festivals, multi-lingual exchanges, and the performing arts. They come aplenty at CIC Higher Education. Even as the college gives priority to academic performance, it also believes that students can thrive in their new environment, learn from each other, and adjust to cultural differences better. They can then transition into well-adjusted professionals with a tolerant, global perspective. 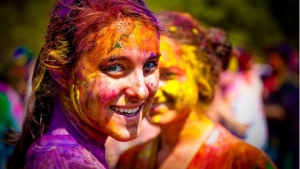 CIC-HED’s international students, as well as faculty and staff, have taken the time out to celebrate each other’s traditions and cultural practices. And why not? They see the festivals as a way of honouring the countries that are represented in the college. Among the activities that they have organised recently are the Chinese new year, Sri Lankan lunar new year, Indian holi and Filipino fiesta to solidify the inclusive culture within the institution. 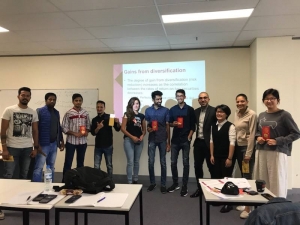 The student population come from various parts of the globe, particularly Asian and European countries. Interestingly, some of these counties list English as one of their official languages but they also have numerous regional dialects spoken in various areas.

Here’s a snippet on the festivals celebrated in some of the the countries where CIC-Higher Education’s international students hail from. 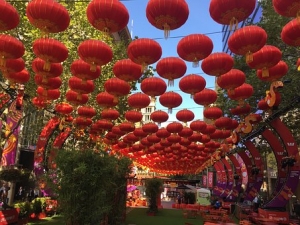 The grandest and most important festival in China which dates back to more than 4,000 years, the event is marked by fireworks displays, merrymaking, family reunions and lots of food spread on each family’s table. It is the equivalent of Christmas to westerners. 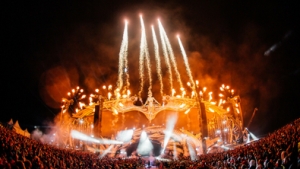 On 7 November this year, Hindus from all around the world will commemorate the Diwali or Deepavali festival. It is a festival of lights which dates back to as far as 2,500 years. It is India’s biggest religious event which celebrates the triumph of good over evil.

Waisak Day is an important public holiday in Indonesia. It is a festival that celebrates Buddha’s birth, gaining of wisdom and death. Celebrations are held at Borobudur Temple on the island of Java where thousands of lanterns are released into the night sky to symbolise light and enlightenment.

Thousands of visitors from all over the world flock to this quaint European city, Ohrid, to join in the festivities, a national event celebrating music, theatre and dance. Ohrid is a stunningly beautiful UNESCO-protected city with a history that dates back to the 4th century B.C. when Lake Ohrid was inhabited by the ancient Greek Dassaretae tribe.

Held in historic venues such as Ohrid’s ancient outdoor theater or the 9th century Church of Sofia, the event is held between 12th to 20th of July and has hosted renowned performers from Belgium, Dominican Republic, France, Israel, Italy, Latvia, Lithuania, Russia, Spain, United Kingdom and the United States. Among these performers are violinists, pianists, cellists, clarinetists, conductors and opera singers who add a multicultural flair to the festivities. 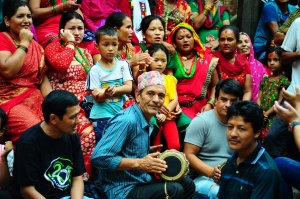 The longest and most auspicious festival in Nepal, this event is celebrated for 15 days with prayers and offerings to the Universal Mother Goddess for progress and prosperity. It is also a great harvest festival where families hold reunions, share a banquet, as well as exchange gifts and blessings. 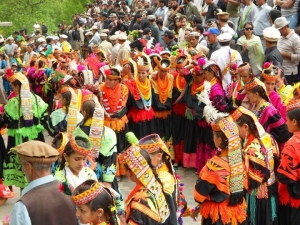 This 4-day festival is celebrated in May by the Kalash people living in the northwestern part of Pakistan to embrace the spring season in the region and share a message of peace to the world.

This is the best time for them to thank their gods for the abundance in their farms and pray for the safety of their fields and animals.

Pakistani men and women also meet in the hope of finding a spouse as they join in the dancing and merrymaking. A key feature of this festival is the dance by the Kalashi girls who wear beautiful black embroidered robes as they offer their thanksgiving to their gods. 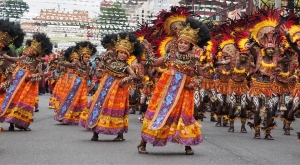 Known as the mother of all Philippine festivals, the Ati-atihan in Kailbo, Aklan is a weeklong event culminating on the third Sunday of January. It is celebrated in honour of the Santo Niño (Child Jesus), reminiscent of the Spanish influence but with a twist. It started out as a thanksgiving ritual of the Aeta aborigines (Atis) in the 1200s and modified when Catholicism was introduced to the Philippines by the Spanish friars in the 1500s. Today, the Ati-atihan (which means “to be like the Atis”) is celebrated by Christians and non-Christians alike with religious street processions carrying images of the Santo Niño. It is also characterised by tribal drum beating, street dancing and merrymaking by participants in indigenous costumes. 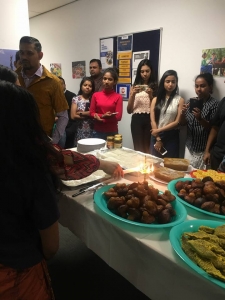 This is an important national holiday for both Sinhala Buddhists and the Tamil Hindus of Sri Lanka. Celebrated in April which is the start of the monsoon season, the festival signals good fortune as the fields turn lush and green; flowers are in full bloom and fruits and vegetables are plentiful during the harvest season.

The day starts with the ritual of general housecleaning and the loud bang of firecrackers. Families then open their homes to guests, share meals together and join in the merrymaking in the streets afterwards. 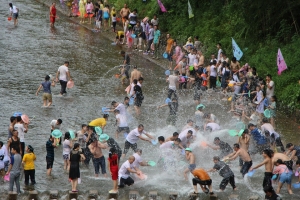 The Songkran, also known as a festival of unity, can be compared to Christmas where people who have moved away from home go back to their roots to share the happy season with their loved ones and show their respect for their elders.

Celebrated in April as a national holiday in Thailand, the Songkran is rich with symbolic traditions. Thais visit local temples and offer food to the monks to obtain the good graces of the gods. They pour water on Buddha statues as a sign of purification. They also believe that pouring water on the young and elderly washes away one’s sins and bad luck. An extension of this ritual is the splashing of water where everyone participates in areas designated for playful water fights. 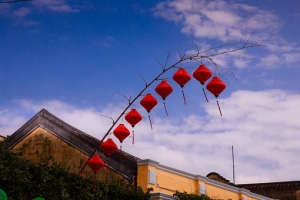 Celebrated every 14th of each month in Hoi An, a quaint ancient town declared by United Nations Educational Scientific and Cultural Organisation (UNESCO) as a world heritage site. All electricity is switched off and the town is lighted only by hundreds of candles and paper lanterns. On this day, locals hold lantern-making classes, play Chinese chess, attend candlelit ceremonies officiated by their temple monks and conduct poetry readings, among other activities. Musicians also play traditional instruments way into the night.