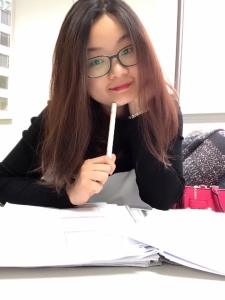 For a young international student who failed business law – not once, not twice, but three times – Yennie Dory Le could have given up and returned to Vietnam to take over her father’s business. But she stayed on knowing that to go back would have meant failing her parents who regularly sent her money to pay for her tuition.

Today, 11 years later, she’s an Aussie chef who returned to university life to pursue her interrupted dream of getting a bachelor’s degree – not in the institution where she failed her business law but – at Cambridge International College where she is now studying Business Management and also volunteering as a student ambassador.

“On 23 January 2007, I left my parents’ protection and woke up the next day without mum and dad in a totally silent house – in Australia.

“I was staying at my aunt’s house but she stepped out to shop for groceries,” Yennie clarifies, as she shares her story during the CIC Power Hour – an idea-sharing forum – complete with photos in a chronological presentation of her Australian journey which she titled: Passion Never Fails.

Yennie relates how she came to Australia to study Marketing and discovered that it is not her cup of tea. Instead, she found her passion for cooking and studied in a culinary school.

Her parents couldn’t understand her decision and told her that – if she was in Vietnam – she wouldn’t need a certificate to know how to cook. They were disappointed, especially her father who stopped talking to her for a while.

She eventually reconciled with her dad, received her qualifications and worked as a chef in a 4-star hotel in Sydney until a job offer that she couldn’t refuse came her way – to be the main chef of a Melbourne café specialising in Vietnamese cuisine – with the employer sponsoring her work visa at the same time. 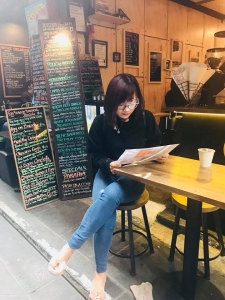 Yennie is now pursuing her studies in Business Management and – who knows – will most likely end up managing her own café business someday.

She ends her presentation by inspiring fellow students to never give up on their dreams and encouraging them to stay active and get involved in their surroundings. She suggests membership to clubs and organisations within and outside campus and participation in the college’s sports and leisure activities.

Her parting advice: “If one day you find your own passion, follow it! Do the best you can and if you fail, do not give up. Just try again – and again – and you will succeed in the end.”